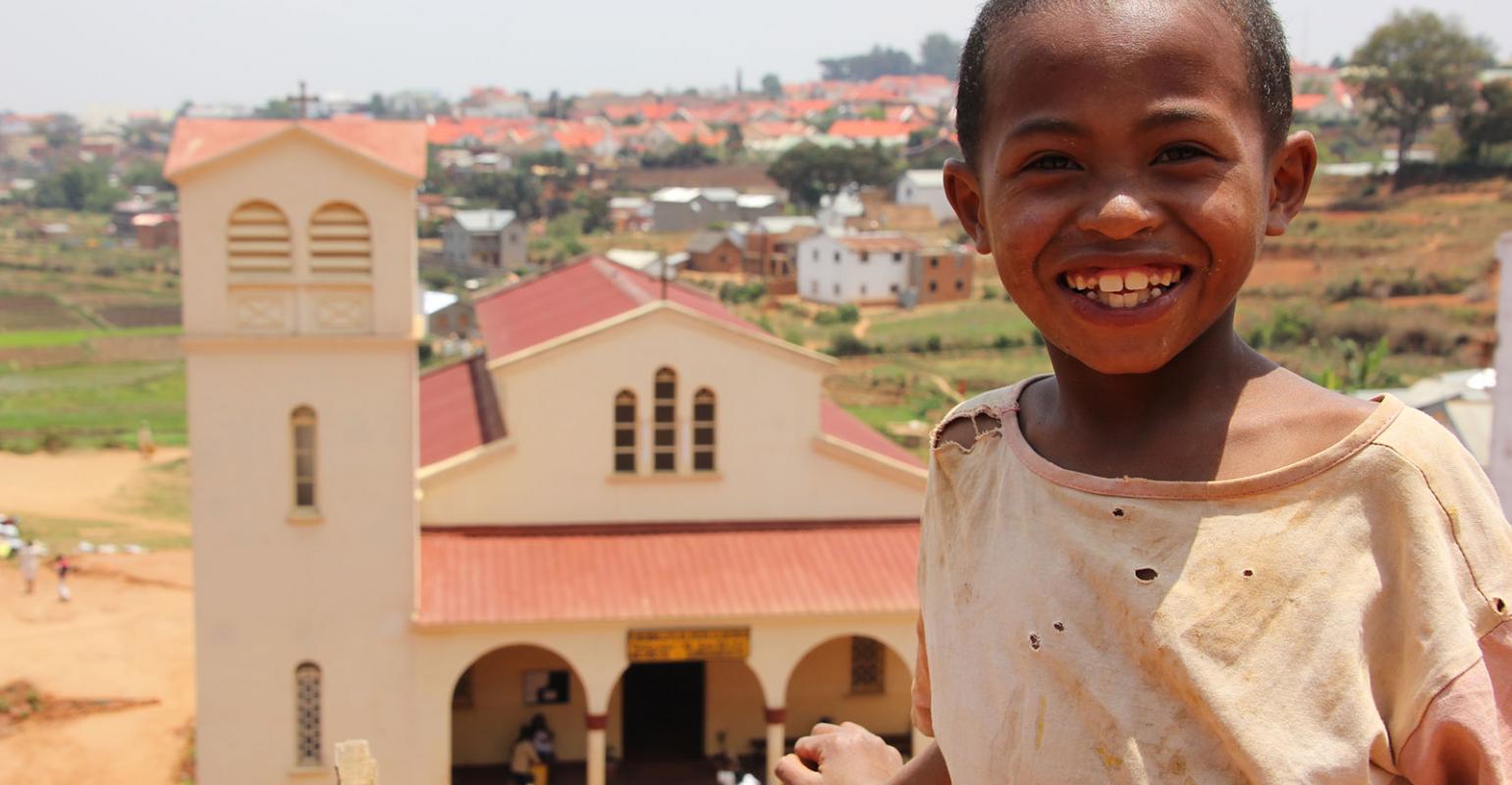 A question we are often asked is, 'Do the locals accept Orthodoxy consciously or is there an ulterior motive, such as obtaining goods from the Church?' It is a question we often ask ourselves. This is especially so because our Mission is mostly concerned with the lowest social classes and provides humanitarian assistance to them. The answer to this question was quickly provided by a baptized young man called Panagiotis. He was a cheerful local boy, who often attended church services   and was a member of the church choir. After a little while, Panagiotis stopped attending church, and we lost sight of him for over a year.

We asked the parish priest if he had seen or heard anything about Panayiotis, but he couldn't tell us anything. We wondered if Panagiotis had lost his zeal for the church or if his family had persuaded him to return to his ancestral beliefs: 60% of the population are animists. On the Day of the Pentecost, to our surprise, he suddenly appeared. He entered the church with his head bowed, and piously crossed himself. At the end of the Divine Liturgy, we were happy to see him again, and we asked him where he had been all that time. ‘I went east to get a job,’ he replied. He explained that his work was in the city of Joamasina (a port city on the east coast), where our mission does not yet have a church. ‘I spoke to everyone about Orthodoxy,’ he continued, ‘and I prayed very much’. At this point, he pulled a tattered 200-knot prayer rope out of his pocket and said, ‘I say the Jesus Prayer every day, and I pray for you too. My prayer rope is in a very bad condition because I use it every day. I need a new one now.’

Although we had not seen Panagiotis for a long time, he had remained faithful to the Church. We were moved by his exemplary firmness in his faith and his diligence in prayer. Panayiotis returned to Joamasina the next day, and we are sure he will pray for us.

Arrival of the Patriarch of Alexandria, Theodore II
29 May, 2015
The Patriarch arrives at Antananarivo International Airport. It is his second official pastoral visit to Madagascar
END_OF_DOCUMENT_TOKEN_TO_BE_REPLACED